Correlated Returns and the R-Word

Correlated Returns and the R-Word

Practically each day, a trade wars story has been sending stock markets several percentage points in either direction. Some investors are concerned with what kind of affect it is having on the global economy. After a quiet first six months, volatility showed up in a big way this summer.

Through it all, US stocks, long-term government bonds, and gold have managed to all gain over 15% this year. Since 1930, there’s only been one year (1986) where this has happened. Additionally, there has only been one year where all three were negative at the same, which was last year in 2018 (lucky us). I suppose they were due to bounce back.

The next recession has been floated more and more over the last few weeks. It’s a big reason why the Fed is being pressured to lower rates further. But what does our economy look like under the surface?

Retail sales made an all-time high this summer and are still trending firmly up, unlike the last two recessions shown in red. 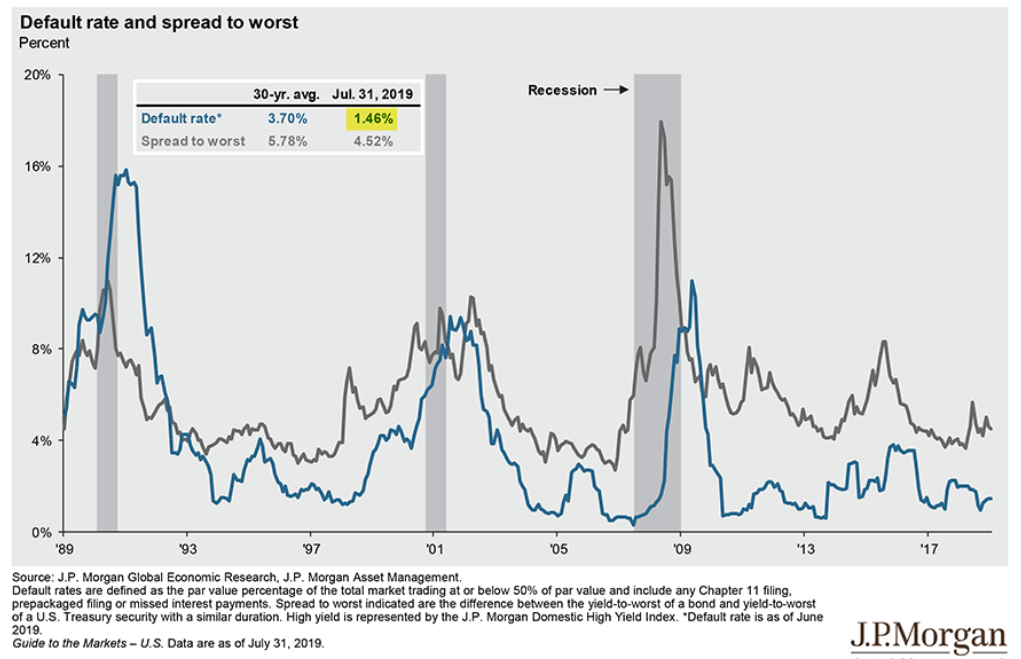 High-yield or risky bonds have a normal default rate and spread right now, unlike during previous recessions.

On the flip side, new home sales have pretty much halted. This is the weak link in our economy right now and a big reason why mortgage rates have dipped so low — to stimulate demand. 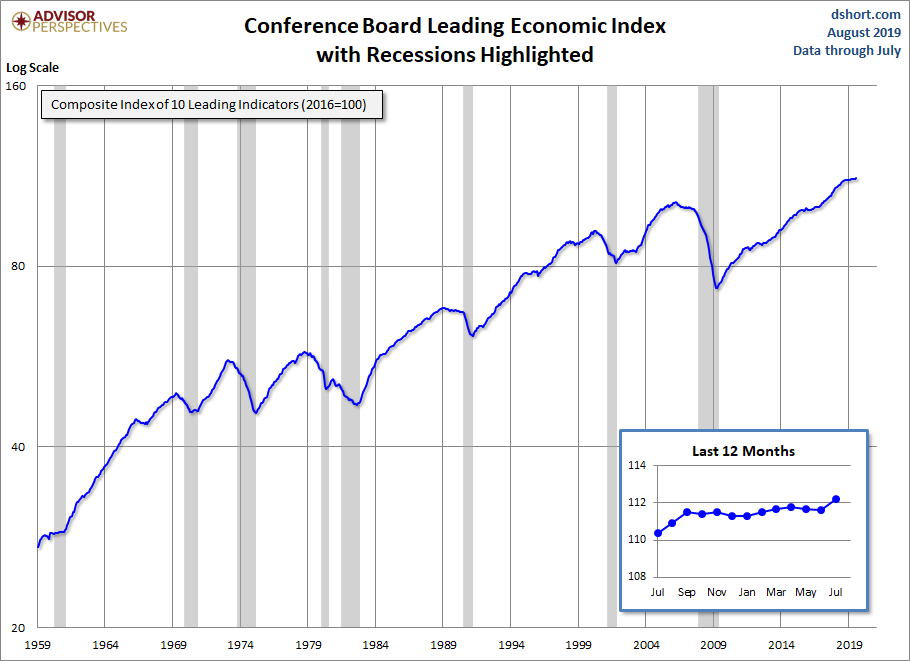 Across all key metrics, the Leading Economic Index is still trending upward but its slope is starting to give out. Recessions are highlighted in gray — please note there are indeed a lot of them.

Regardless of what happens, recessions are perfectly normal. It’s part of the economic cycle. And not every recession turns into a depression and not every depression will be the same as the financial crisis of 2008.

Although this sub-title is a bit of an oxymoron because we don’t know what future returns will be, we do know that the economy and the stock market are directly correlated. The stock market is not the economy. This is true. In fact, I’m pretty sure that I have said those exact words to some of you. But it is true mostly on shorter time frames such as days, weeks, and perhaps a few months. The two can diverge due to emotion or investor sentiment.

Over time, they clearly move together. With macro data still strong and showing slow growth, the recession talk might be a little premature. Remember, a recession is not just the rate of growth slowing. It’s no growth at all and losing ground. Specifically, it’s Gross Domestic Product going backwards in two consecutive quarters. Considering we haven’t even had one quarter like that, we clearly aren’t there yet.

This post is an excerpt from a private client newsletter on 9/3/2019.