For the first time in 11 years, the Federal Reserve has lowered interest rates. This is a move that is normally utilized to stimulate economic growth. Interestingly, the country didn’t seem to need it. With an unemployment rate of a measily 3.8% and new jobs being added in bunches every month, it raises the question, “why?” The last time the Fed lowered rates we were on the brink of a financial crisis in 2008. Currently, the economy is thriving.

While many argue the Fed’s decisions have been politicized, I’m not sure if it is that simple. It certainly could be. But sadly, 43% of global bonds trade at negative yields around the world. Investors are actually paying them to hold their money!

Here, the US treasury market continues to be flooded with domestic and (smart) international money because it’s one of the few places that investors have been able to get a positive safe return. 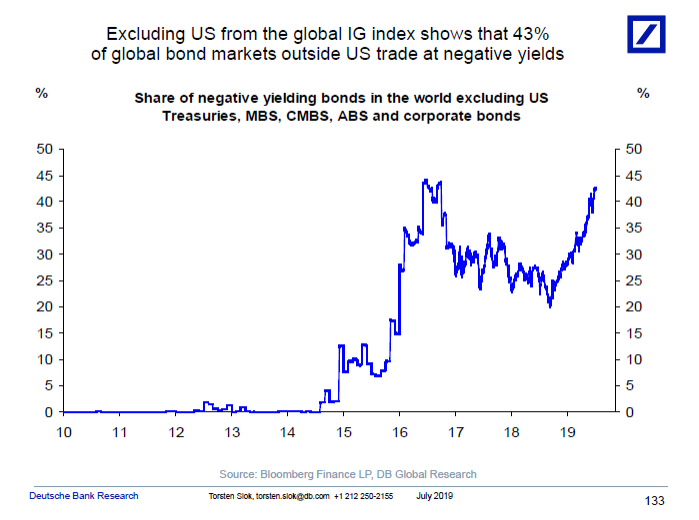 So, why pay out more interest than you need to?

Regardless, investors didn’t seem to agree with the rate reduction and/or the bleak forecast for inflation moving forward because the stock market reacted negatively. Afterall, we just went through a systematic process of raising rates and this flip-flop can be seen as a weak move.

However, based on Federal Chairman Powell’s commentary, he seemed to indicate that this would be a one and done scenario. Maybe the Fed really did just raise rates one too many times in the last cycle. If we stay put now and the economy continues to thrive, volatility in the markets should simmer down — until the next news item anyway.

One of — if not, the greatest — investor of all-time has not seen the same gains as the rest of the stock market this year. With the post-Fed meeting market sell-off, Berkshire Hathaway is now negative on the year versus the S&P 500 that is up 18%. 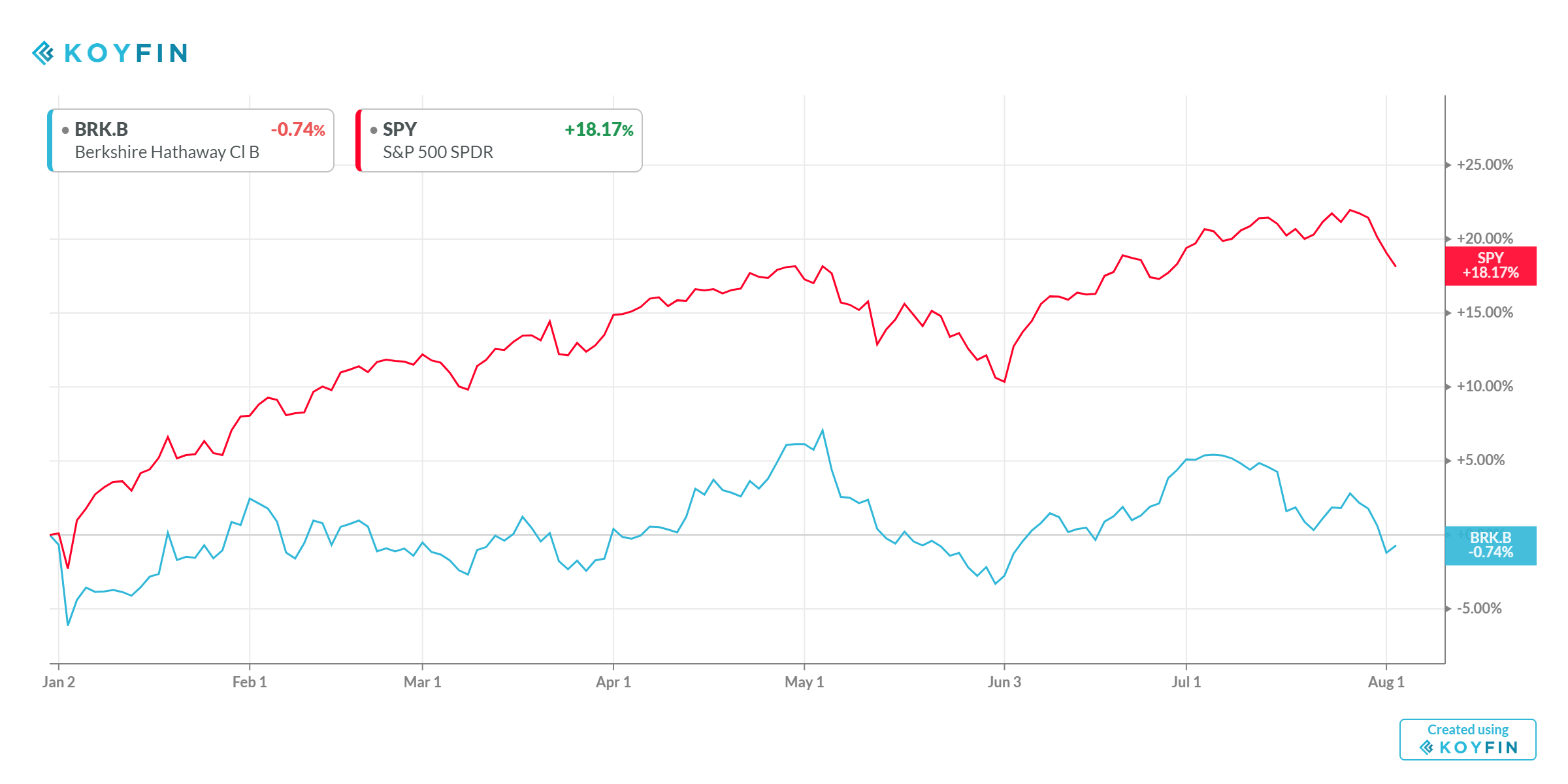 Every strategy will underperform at some point but I believe there are two key takeaways here:

This post is an excerpt from a private client newsletter on 8/4/2019.